We’re pleased to welcome back LogRhythm (www.logrhythm.com) for their second year as a sponsor of Boulder Startup Week 2016!

LogRhythm is a leader in security intelligence and analytics, empowering organizations around the globe to rapidly detect, respond to, and neutralize damaging cyber threats. The company’s award-winning platform unifies next-generation SIEM, log management, network and endpoint monitoring and forensics, and security analytics. In addition to protecting customers from the risks associated with cyber threats, LogRhythm provides innovative compliance automation and assurance and enhanced IT intelligence.

LogRhythm is consistently recognized as a market leader. The company has been positioned as a Leader in Gartner’s SIEM Magic Quadrant report for four consecutive years, named a “Champion” in Info-Tech Research Group’s 2014–15 SIEM Vendor Landscape report and ranked Best-in-Class (No. 1) in DCIG’s 2014–15 SIEM Appliance Buyer’s Guide. In addition, LogRhythm has received Frost & Sullivan’s SIEM Global Market Penetration Award and been named a Top Workplace by the Denver Post. Just this month, the LogRhythm Security Intelligence Platform earned the “Recommended” designation and a 5-star rating in SC Magazine’s 2016 SIEM and UTM Review.

LogRhythm had such a good time with BSW15, they’re fully on board again for BSW16. In the words of Chairman, President and CEO, Andy Grolnick:

“We are proud to sponsor Boulder Startup Week for the second year in a row. Boulder has a strong community of innovation and partnership and, at LogRhythm, we believe the mission of bringing new startups together to foster collaboration and discovery is a meaningful one. Boulder Startup Week provides a forum where new entrepreneurs can hear success stories, share new ideas and build relationships with other pioneers.”

LogRhythm is headquartered in Boulder, with operations throughout North and South America, Europe, and the Asia Pacific region and over 500 employees worldwide. Born and raised in Boulder, LogRhythm fully embraces all things Boulder. A prime example is their support of Tube to Work Day — in fact, LogRhythm is the current holder of the record for the most “tube to workers” from a single company at 80 tubers in 2015! In fact, Andy himself participated and blogged about the experience, bringing a new, very Boulder meaning to the phrase “bumper to bumper traffic.”

Here’s a fun video of the LogRhythm camaraderie:

At BSW2016, LogRhythm employees will be featured at a couple of different events, as well as participating throughout the week:

Future of Tech: The world in 2026: Thursday 5/19 1pm @Galvanize
Security Awareness Tactics in the Workplace: Friday 5/20 11:30am @Bohemian Biergarten

Thank you LogRhythm for sponsoring #BSW16. 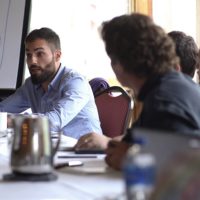 Welcome back to UpRamp as a BSW19 Sponsor! 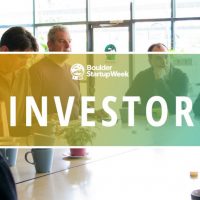 Investor Track—What to expect for BSW 2018 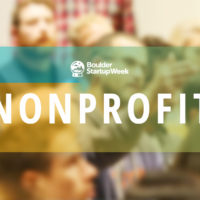