Having just completed their B round of funding, Stream isn’t a startup anymore. They’re in the enviable position of shopping for larger offices in Boulder. Stream began 2020 with 33 employees, growing to over 110 employees recently.

Six months before the pandemic happened, they launched their second chat product: Stream Chat. They also offer activity feeds, providing infrastructure and Software Development Kits. Since last year, Stream has experienced amazing traction with companies adding chat functionality to their large events such as conferences and concerts. The added chat features helped companies pivot by keeping their events going, even though they happened on digital platforms instead of in person.

“The virtual event market has several players in it, and it has exploded recently. Our product powers the chat in many of them,” said Stream Chief Sales Officer Scott Lasica.

The past year wasn’t completely smooth though. At the onset of the pandemic, Stream experienced the churn of several customers going out of business. Not too long after, the company noticed an uptick in business as organizations swiftly moved their operations online, where they needed a chat or messaging component. From there, the upward trend in sales continued to accelerate.

Stream’s leadership focused on their list of venture capital firms they’d been cultivating for the previous 3 years, and that paid off. GGV Capital took the lead for their series A round, and Felicis Ventures managed the B round. Despite their amazing growth, the founders haven’t lost sight of where it all started.

Stream has two offices—one in Boulder and the other in Amsterdam. The founders, Thierry Schellenbach and Tommaso Barbugli, started the company when they graduated from Techstars New York. Their rationale for moving the headquarters to Colorado was pretty simple. According to Lasica, “California is crazy, and Techstars is in Boulder.”

Boulder Startup Week remains an integral part of the founders’ identity, which is why they stepped up to sponsor it. Lasica is interested in the events that will keep the company growing. He plans on attending How to Ensure That The New Processes Stick. Another event he’ll look out for is The Resiliency of Flex and the Future of Office Space.

Lasica is grateful that the people and resources in the Boulder startup community helped him reach success. That’s the motivation his colleagues at Stream have for giving back—whether that’s helping people look for jobs, mentoring entrepreneurs, spending time at the events, or sponsoring BSW.

“I know that it’s been going strong for many years and I’m always happy to see this tech community come together—how welcoming everyone is. We’re happy to give back to everyone, join in, and be an active member in that ecosystem,” said Lasica. 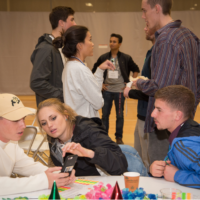 CU Boulder Track – Getting to the Next Stage for Startup Success 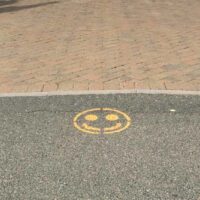 Who Gets to Call the Shots—Digital Health Care Reinvented 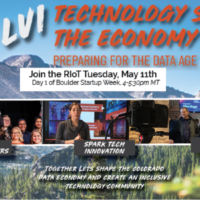